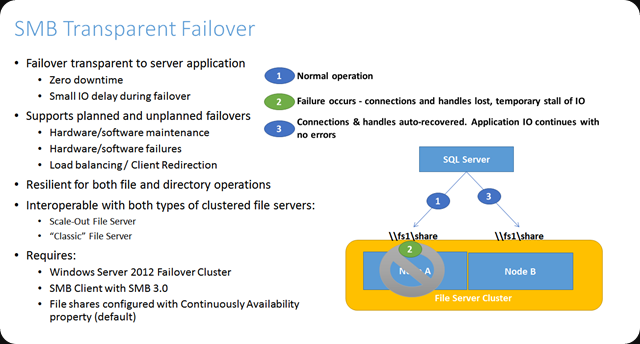 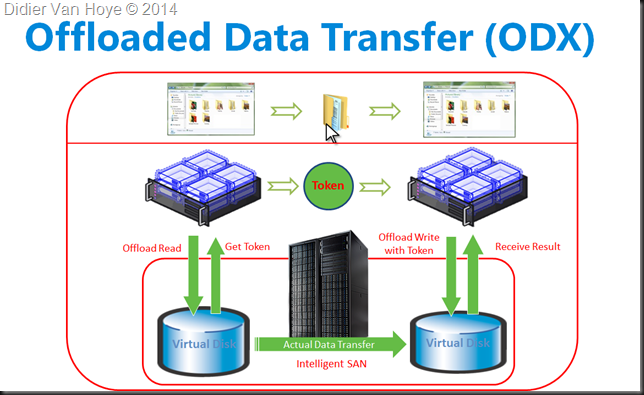 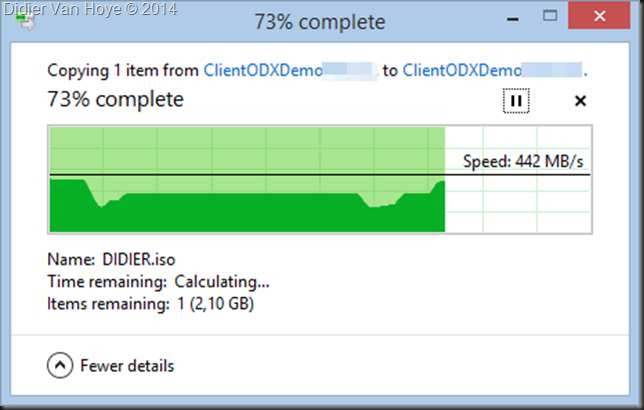 I blogged before about the fact that since Windows Server 2012  we have the ability to reset the recent events shown so that the state of the cluster is squeaky clean with not warnings or errors. You can read up on this here. Windows Server 2012 Cluster Reset Recent Events Feature.

You can also do this in PowerShell like in the example below:

As you may notice, the RecentEventsResetTime is displayed in UTC when read form the cluster after connecting to it. Right after you set it it displays the time respectful of the time zone you’re in right until you connect to the cluster again. We demonstrate this in the 2 screenshots below (I’m at GMT+1). 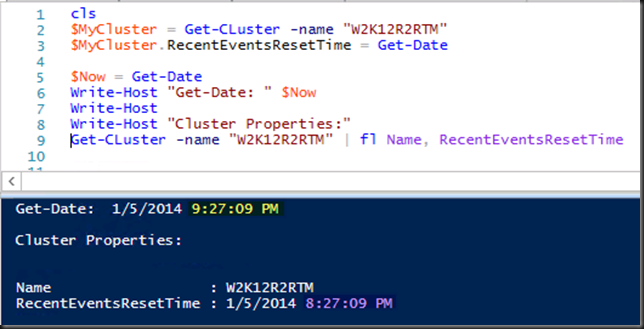 This comes in handy when writing test, comparison & demo scripts. Often you do things with the network that causes network connectivity to be lost when the NIC gets reset (disabled/enabled) and such. Also when something fails as part of the demo or tests scripts it’s nice to start the rerun or the next part of the demo/test with a clean cluster GUI when you’re showcasing stuff. Unfortunately an already GUI doesn’t refresh these setting if the reset is not done in the GUI. So you need to open a new one. For scripting you don’t have this issue. EDIT: In Windows 2012 R2 you can use the $MyCluster.Update() to reflect the new value of RecentEventsResetTime in UTC without having to reconnect to the cluster. In Windows Server 2012 this Update method isn’t available but it seems to happen automatic.

Microsoft has now blogged about the process themselves and they use the migration wizard in Failover Cluster Manager to get the job done where I did this using the Import, “register only” functionality.

This is the first step by step that describes the official way. You can read about the process here:

There are various small improvements in Windows Server 2012 Failover Clustering that make live a little easier. When playing in the lab one of the things I like to do is break stuff. You know, like pull out the power plug  of a host during a live migration or remove a network cable  for one or more of the networks, flip the power of the switch off and on again, crash the vmms.exe process and other really bad things …

Just getting a feel for what happens and how Windows 2012 & Hyper-V responds.

As you can imagine this fills up the cluster event logs real fast. It also informs you in that you’ve had issues in the past 24 hours. Those recent cluster events could not be cleared or set to “acknowledged” up to Windows 2008 R2 except by deleting the log files. Now this has to be done on all nodes and is something you should not do in production and is probably even prohibited. There are environments where this is indeed a “resume generating” action. But it’s annoying that you can leave a client with a healthy looking environment after you have fixed an issue.

For the lab or environments where event log auditing is a no issue I used to run a little script that would clear the event logs of the lab cluster nodes not to be dealing with to much noise between tests or to leave a GUI that represents the healthy state of the cluster for the customer.

This has become a lot easier and better in Windows Server 2012 we now have a feature for this build in to the Failover Cluster Manager GUI. Just right click the cluster events and select “Reset Recent Events”.

The good thing is this ignores the recent events before “now” but it does not clear the event log. You can configure the query to show older events again. This is nice during testing in the lab. Even in a production environment where this is a big no-no, you can’t do this you can now get rid of noise from previous issues,focus on the problem you working on or leave the scene with a clean state after fixing an issue without upsetting any auditors.