So what are use cases for devnodeclean.exe, and what is it? Windows creates an entry in the registry for every new device that is connected. That also goes for storage devices, including VSS shadow copies.

When you create a lot of VSS snapshots, both software (windows) or hardware (SAN) based ones that get mounted and unmounted this creates a lot of the registry entries. Normally these should get cleaned up by the process creating them. Microsoft can take care of their use cases but they cannot do this for 3rd party software as Windows cannot know the intent of that software. Hence you might end up with a registry system hive that starts to bloat. When that hive gets big enough you will notice slowdowns in shutdown and restarts. These slowdowns can become very long and even lead to failure to boot Windows.

But not all software will do this. Not even today. The better software does, but even Veeam only provided this option in VBR 9.5 Update 4. Mind you, Veeam is only responsible for what they control via storage integrations. When you leverage an off-host proxy with Hyper-V Veeam collaborates with the hardware VSS provider but does not orchestrate the transportable snapshots itself. So in that case the clean up is the responsibility of the SAN vendor’s software.

Another use case I have is file servers on a SAN being backup and protected via hardware VSS snapshots with the SAN vendors software. That also leads to registry bloat.

I never had any issues as I clean up the phantom registry entries preemptively. Veeam actually published a KB article as well on this before they fixed it in their code.

Still, if you need to clean up existing phantom registry entries you will need to use a tool call devnoceclean.exe.

When the software responsible doesn’t prevent registry bloat you will have to clean up the phantom registry entries in another way. Doing this manually is tedious and not practical. So, let’s forget about that option.

You can write your own code or script to take care of this issue. Cool if you can but realize you need to be very careful what you delete in the registry. Unless you really know your way around the depths of storage-related entries in the registry I suggest using a different approach, which I’ll discuss next.

Another solution is to use the Microsoft provided tool devnodeclean.exe. This tool is Microsft’s version of its example code you can find here How to remove registry information for devices that will never be used again

You can download that tool here. Extract it and grab the .exe that fits your OS architecture, x86, or x64 bit. I usually put in the subfolder Bin under C:\SysAdmin\Tools\DevNodeClean\ where I also create a subfolder named Logs. Remember you need to run this with elevated permissions. devnodeclean.exe /n list the entries it will remove while just running it without a switch actually removes the entries. It will work with Windows Server 2012(R2), 2016, and 2019. It can take a while if you have many thousands of entries.

While you can run the tool manually in “one-off” situations normally you’ll want to run it automatically and regularly. For that, I use a PowerShell script that logs the actions and I use Task Scheduler to run it every day or week. that depends on the workload on that host.

Below is some sample code to get you started.

Good luck with your devnodeclean.exe adventures. As with any sample code, big boy rules apply, use it at your own risk and test before letting this lose on your production systems.

This is just one example of how my long time experience with Windows storage and backups prevents problems in environments I manage or design. If you need help or have a question, reach out and we’ll try to help.

The last few months I spent some of my down time and commute time reading a book. A paper one actually. It’s Greg Schulz’s “Software-Defined Data Infrastructure Essentials”. It is as the sub title states about cloud, converged and virtual fundamental server storage I/O tradecraft.

It is not a book you’ll read to learn about a particular technology, product or vendor. It is a more holistic approach to educating people in todays IT landscape. That vast area of expertise in which all the considerations around storage in a modern IT environment come together. Where old and new, established and emerging ways of handling storage IO for a variety of  use cases meet and mix. 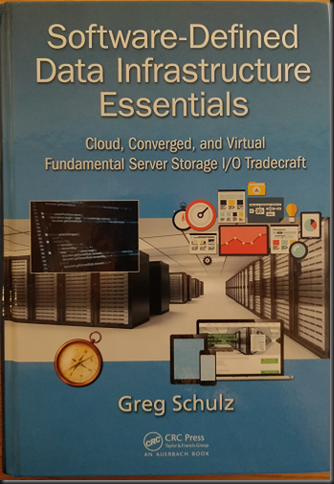 Reading the book helps to become more well versed in the subject and takes us out of our product or problem specific cocoons. That the main reason I’d recommend anyone to read it. I’m impressed by how well Greg managed to write a book on such a diverse subject that is accessible to all levels of expertise.The depth and the breadth of this subject make this quite a feat. On top of that this book is usable and valuable to both novice and experienced  professionals. I have said it before (on Twitter), but if I was teaching IT classes and needed to bring the student up to date in regards to the software defined cloud data center data considerations this would be the text book. It acknowledges the diversity of solutions and architectures in the real world and doesn’t make bold marketing statements. Instead it focuses on what you need to know and consider when discussing and designing solutions. I wish many IT manager, consultant and analyst would attend my fictional class but I’d settle for them reading this book and learning about a big part of what they need to manage, It would serve them well and help understand concerns other involved parties might want to see addressed.

For me an extra benefit was that I enjoy talking shop with Greg but I only get those opportunities on rare occasions during conferences.  As such, this book gave me some more time to read his views and insights. That’s the best next thing.

Microsoft sure knows how to keep the pressure on the storage industry. Both the traditional and the hyper converged crowd now have heard the gloomy tolling of that big doomsday bell once again. The offerings for 3rd party storage in the Wintel ecosystem will have to become better value for money once again in order to keep up or stay ahead. 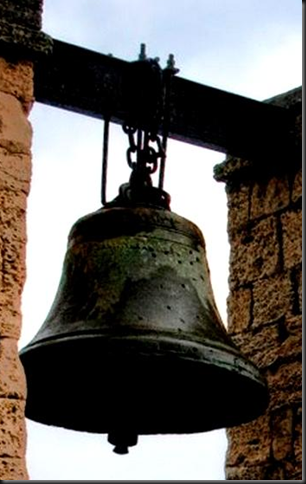 I already wrote that here in TechEd 2013 Revelations for Storage Vendors as the Future of Storage lies With Windows 2012 R2 and poked some fun that the days of the easy big money in storage were over. Today storage vendors that do not adapt are going to feel that more than ever. One thing is for sure, there is no one size fits all and one trick ponies are not going to thrive.  Microsoft now covers hyper converged, converged and centralized storage solutions. SMB Direct is the backbone for high throughput, low latency transport. If you haven’t done so you might just take a peek at SMB Direct now and study up on DCB (PFC/ETS). No worries … I have done a lot of “pioneer” work in the field on this. But unfortunately I could not present an end-to-end configuration of SMB Direct over RoCE session here at Ignite. But there are other opportunities.Storage replication completes the story while Storage QoS is giving is long needed control. So let the FUD fly, sit back and enjoy the show. Remember, when you’re catching lots of FLAK, you’re over your target

If you need to see and find information on DELL storage fast they have a nice page on line with a virtual rack where you can look at the components of their various storage offerings. 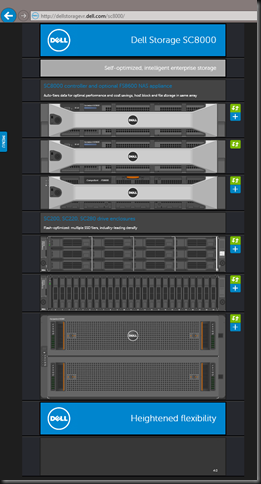 They update it regularly and it’s a fast and easy way to get started. Naturally you’ll need to dive in a bit deeper or get some help to work out the last details. I’m like the Compellent as I have found it to be the best possible traditional storage solution for a Windows Server 2012 R2 Hyper-V environment and great value for money. I hope they can find a way to keep delivering that same value in the coming years in an ever changing storage landscape.