In this blog post, I will give you a script to create virtual machines for a Veeam hardened repository lab.

Some of you have asked me to do some knowledge transfer about configuring a Veeam hardened repository. For lab work virtualization is your friend. I hope to show you some of the Ubuntu Linux configurations I do. When time permits I will blog about this and you can follow along. I will share what I can on my blog.

Now, if you have Hyper-V running on a lab node or on your desktop or laptop you can create virtual machines for a Veeam hardened repository lab with the PowerShell script below. Just adjust the parameters and make sure you have the Ubuntu 20.04 Server ISO in the right place. The script creates the virtual machine configuration files under a folder with the name of the virtual machine in the path you specify in the variables The VM it creates will boot into the Ubuntu setup and we can walk through it and configure it.

Pay attention to the -version of the virtual machine. I run Windows Server 2022 and Windows 11 on my PCs so you might need to adjust that to a version your Hyper-V installation supports.

Also, pay attention to the VLAN IDs used. That suits my lab network. It might not suit yours. Use VLAN ID 0 to disable the VLAN identifier on a NIC.

In conclusion, that’s it for now. Play with the script and you will create virtual machines for a Veeam hardened repository lab in no time. That way you are ready to test and educate yourself. Don’t forget that you need to have sufficient resources on your host. Virtualization is cool but it is not magic.

Some of the settings won’t make sense to some of you, but during the future post, this will become clear. These are specific to Ubuntu networking on Hyper-V.

I hope to publish the steps I take in the coming months. As with many, time is my limiting factor so have patience. In the meanwhile, you read up about the Veeam hardened repository. 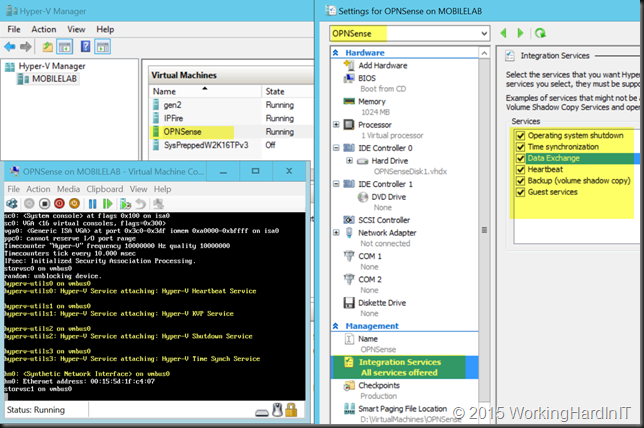 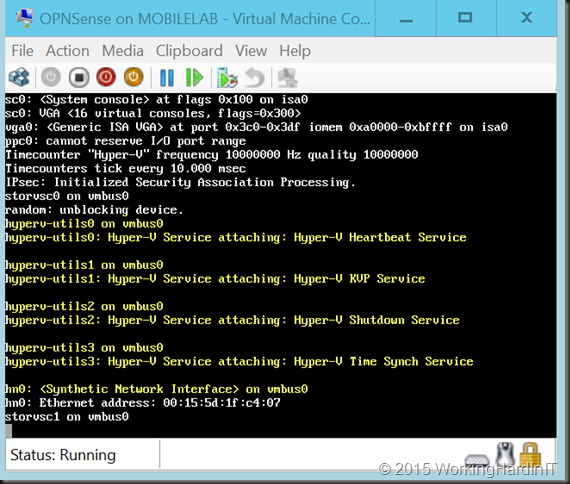 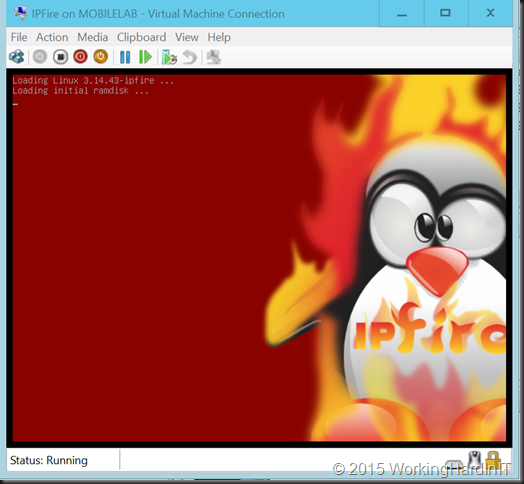 With Exchange 2016 on the horizon (RTM in Q4 2015) I’ve been prepping the lab infrastructure and dusting of some parts of the Exchange 2010/2013 lab deployments to make sure I’m ready to start testing an migration to Exchange 2016. While Office 365 offers great value for money sometimes there is no option to switch over completely and a (used) hybrid scenario is the way to go.  This can be regulations, politics, laws, etc. No matter what we have to come up with a solutions that satisfy all needs as well as possible. Even in 2015 or 2016 this will mean on premises e-mail. This is no my “default” option when it comes to e-mail in anno 2015, but it’s still a valid option and choice. So they can get the best of both worlds and be compliant. Is this the least complex solution? No, but it gives them the compliancy they need and/or want. It’s not my job to push companies 100% to the cloud. That’s for the CIO to decide and for cloud vendors to market/sell. I’m in the business of helping create the best possible solution to the challenge at hand.

The labs were setup to test & prepare for production deployments. It all runs on Hyper-V and it has survived upgrades of hypervisor (half of the VMs are even running on Windows Server 2016 hosts) and the conversion of the VHDX to VHDX.  These labs have been kept around for testing and trouble shooting. There are fully up to date. It’s fun to see the old 2009 test mails still sitting in some mail boxes. 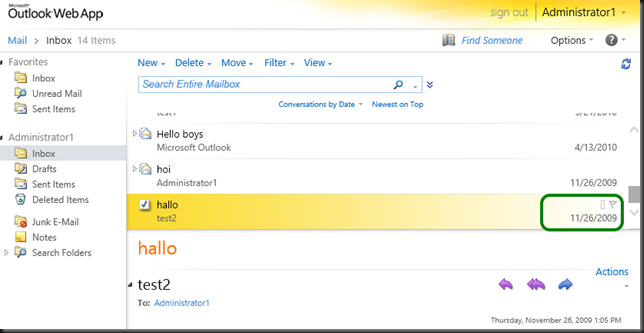 Both Windows NLB and Kemp Technologies Loadmasters are used. Going forward we’ll certainly keep using the hardware load balancing solution. Oh, when it comes to load balancing, there only the best possible solution for your needs in your environment. That will determine which of the various options you have you’ll use. In Exchange 2016 that’s a will be very different from Exchange 2010 in regards to session affinity, affinity is no longer needed since Exchange 2013.

In case you’re wondering what LoadMaster you need take a look at their sizing guides:

Another major change will be the networking. On Windows Server 2012 R2 we’ll go with a teamed 10Gbps NIC for all workloads simplifying the setup.  Storage wise one change will be the use of ReFS, especially if we can do this on Storage Spaces. The data protection you get from that combination is just awesome. Disk wise the IOPS have dropped yet even a little more so that should be OK. Now, being a geek I’m still tempted to leverage cheap / larger SSDs to give flying performance

. If possible at all I’d like to make it a self contained solution, so no external storage form any type of SAN / centralized storage. Just local disks. I’m eyeing the DELL R730DX for that purpose. Ample of storage, the ability to have 2 controllers and my experience with these has been outstanding.

So no virtualization? Sure where and when it makes sense and it fits in with the needs, wants and requirements of the business.  You can virtualize Exchange and it is supported. It goes without saying (serious bragging alert here) that I can make Hyper-V scale and perform like a boss.

I’ve dedicated some time to start investigating the new and improved feature and capabilities ever since Technical Preview 1 (TPv1). We kept going with TPv2 and now TPV3. The proving grounds for putting Windows Server 2016 TPv3 to the test are up and running. 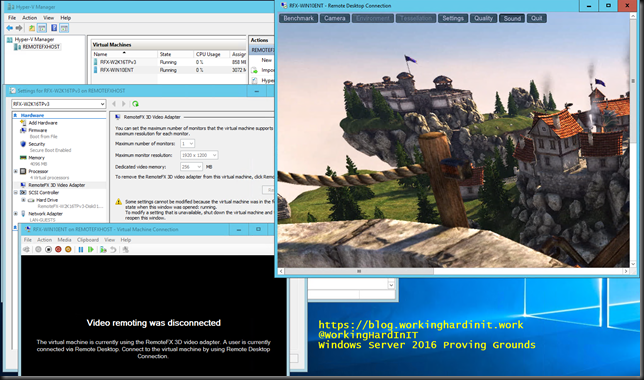 As usual I’ll be sharing some of the results and finding.  I only use the public Technical Previews for this so this means that it’s public information you can read about and go test  or find out about yourself.

So far things are going quite well. I’m learing a lot. Sure, I’m also hitting some issues left and right but on the whole Windows Server 2016 is giving me good vibes.

Expertise, insights, knowledge and experience is hard won. It’s never free. So I test what I need to find out about, find interesting or think what will be valuable in the future. Asking for me to go and test things for you on demand isn’t really going to work. I have bills to pay and cannot spend time, effort & resources on all of the numerous roles and features available to us in this release. Trust me I get enough offer to work for free or peanuts from both strangers and employers, so, thanks for the offers but I need no more 😉