Last year we renewed our SAN storage and our backup systems. They had been serving us for 5 years and where truly end of life as both technologies uses are functionally obsolete in the current era of virtualization and private clouds. The timing was fortunate as we would have been limited in our Windows 2012, Hyper-V & disaster recovery plans if we had to keep it going for another couple of years.

Now any time you dispose of old hardware it’s a good idea to wipe the data securely to a decent standard such as DoD 5220.22-M. This holds true whether it’s a laptop, a printer or a storage system.

We did the following:

We would have loved to take it to a shooting range and blast the hell of of those things but alas, that’s not very practical

. It would have been very therapeutic for the IT Ops guys who’ve been baby sitting the ever faster failing VLS hardware over the last years.

Here’s some pictures of the decommissioned systems. Below are the two old VLS backup systems, broken down and removed from the data center waiting disposal. It’s cheap commodity hardware with a reliability problem when over 3 years old and way to expensive for what is. Especially for up and out scaling later in the life time cycle, it’s just madness. Not to mention that those thing gave us more issues the the physical tape library (those still have a valid a viable role to play when used for the correct purposes). Anyway I consider this to have been my biggest technology choice mistake ever. If you want to read more about that go to Why I’m No Fan Of Virtual Tape Libraries 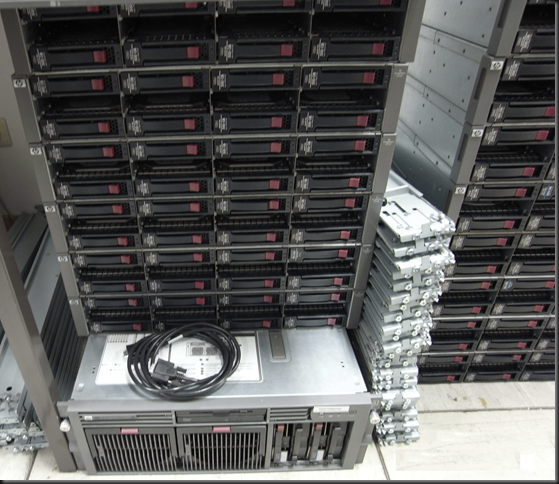 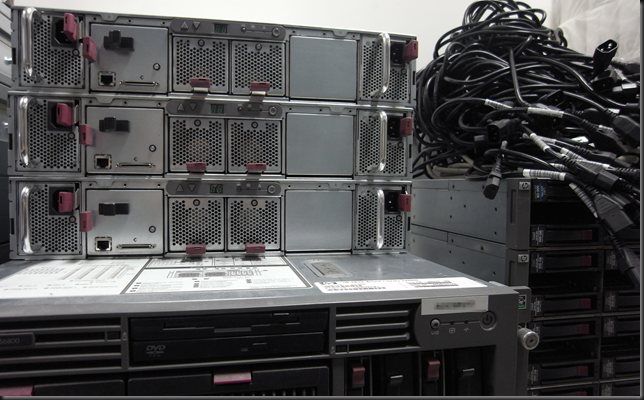 The old EVA 8000 SANs are awaiting removal in the junk yard area of the data center. They served us well and we’ve been early customers & loyal ones. But the platform was as dead as a dodo long before HP wanted to even admit to that. It took them quite a while to get the 3Par ready for the same market segment and I expect that cost them some sales. They’re ready today, they were not 24-12 months ago. 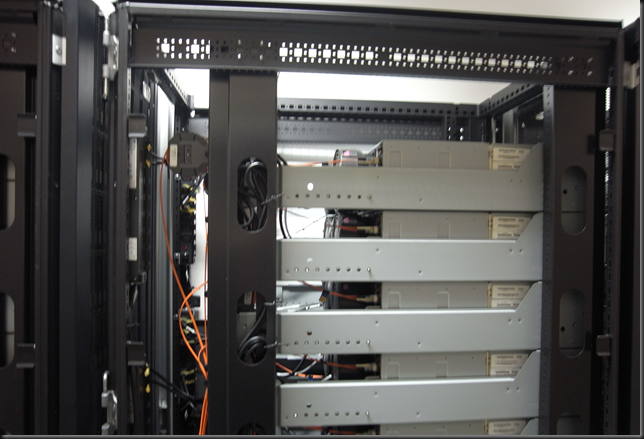 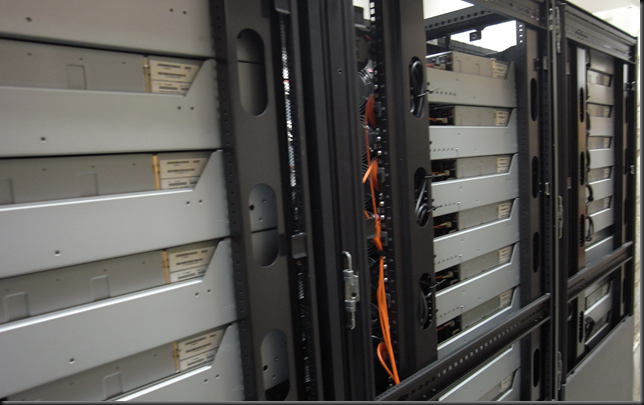 So they’ve been replaced with Compellent SANs. You can read some info on this on previous blogs Multi Site SAN Storage & Windows Server 2012 Hyper-V Efforts Under Way and Migration LUNs to your Compellent SAN

The next years the storage wares will rage and the landscape will change a lot. But We’re out of the storm for now. We’ll leverage what we got

. One tip for all storage vendors. Start listening to your SME customers a lot more than you do now and getting the features they need into their hands. There are only so many big enterprises so until we’re all 100% cloudified, don’t ignore us, as together we buy a lot of stuff to. Many SMEs are interested in more optimal & richer support for their windows environments if you can deliver that you’ll see your sales rise. Keep commodity components, keep building blocks and from factors but don’t use a cookie cutter to determine our needs or “sell” us needs we don’t have. Time to market & open communication is important here. We really do keep an eye on technologies so it’s bad to come late to the party.