What do you need?

The Windows Mellanox Firmware Tools (WinMFT). This gives you all the tools you need to get the job done.

It helps us with two things: find out Card ID and using that we can determine the PSID (Board ID) which tells us what firmware we need to down load.

The Win MFT tools are also used to burn the firmware.

Practical Tip 1: I have found that it pays to launch the installers Mellanox provides from an elevated command prompt as other wise UAC might trip up some clean finalization of a launched msi. The driver installer is more sensitive to this that the firmware installer.

Practical Tip 2: I you have OEM Mellanox cards from DELL/ HP/IBM … and they haven’t released the new firmware yet you can always burn your own. Please find the instructions here.

I have a Windows Server 2012 R2 RTM running and I already installed the latest beta drivers I could find on the Mellanox site. But I’m a firmware version behind. So let’s fix this. 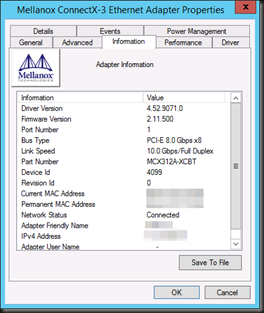 I put all the files I need in one handy spot

I launch an elevated command prompt 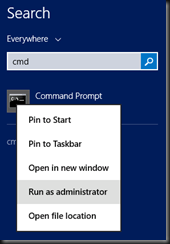 And from there I lauch the WinMFT installer 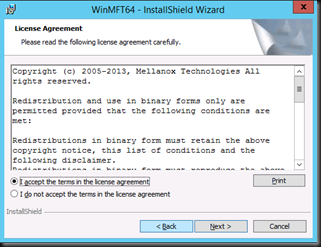 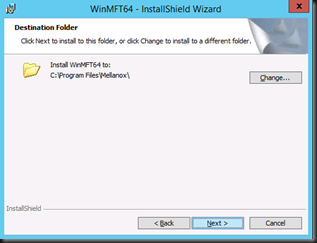 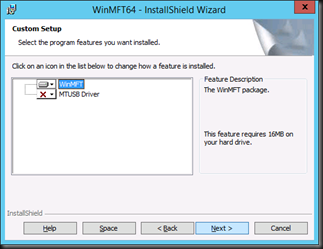 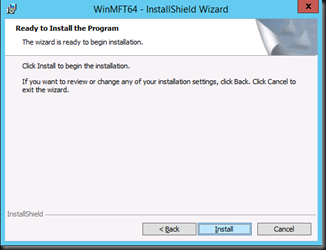 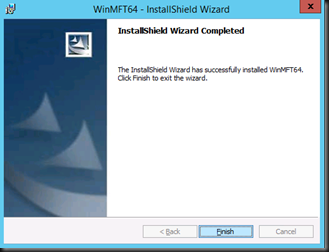 Now you’re ready to determine the Device ID of your Mellanox card. From that same elevated command prompt navigate to C:Program FilesMellanoxWinMFT and run mst status

The Board ID (marked in yellow) is actually the PSID (more information here) will tell you what firmware to download from the Mellanox site). By the way, note this also tells you the current firmware.

You download the firmware from http://www.mellanox.com/page/firmware_download by selecting the card you have. In my case a ConnectX®-3 EN PCI-Ex Network Interface Cards (Ethernet Only NICs) and is use the Board ID to find my download. 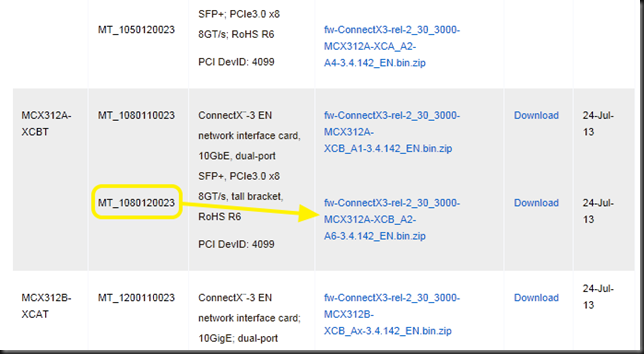 All that’s left to do is burn the firmware image by executing the following command:

This requires you to confirm by typing in “y” and you can follow the process via a counter.

When done you’ll need to reboot the server I order for the new firmware to actually get used. You can verify success by running the command again or by checking the information tab of you cards configuration settings. As you can see we’re running 2.30.3000 now. 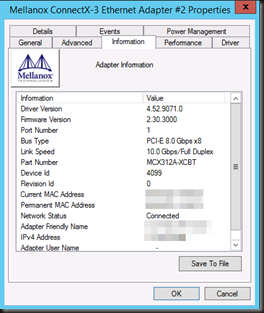 So here you go. You might need to do this again after October 18th 2013 but you’re ready for now and all the testing you do is on the latest version of both the driver and the firmware. Happy testing!