One of my major concerns today in IT, weather it is on premises or in the cloud, is the cost, time, reliability and feasibility of backup and restores. This true for most of us. Due to the environments in which I deliver my services my main issue with backups is the quantity of data. The amount of data is staggering and growth is not showing a downward trend.

Over the years we have seen a vast increase in compute, memory, network and storage capabilities and pricing. CPUs are up to 18 cores per socket as I write this. DDR4 memory is here and the cost is relatively low. We have affordable 10Gbps networking to throw at the problem as well or in some case 8 to 16Gbps Fibre Channel. So when it comes to CPU, memory and network we’re pretty well served.

Storage is evolving as well and we’re getting ever bigger and, if you have the budget that is, faster storage arrays in different flavors. But it remains a challenge. First of all to get the right amount of IOPS and storage capacity at an affordable price point is a balancing act. Secondly when dealing with backups we need to manage the source IOPS & latency against the target. But that’s not all, while you might want to squeeze every last IOPS & 1ms latency out of your backup target you can’t carelessly do that to your source storage. If you do, this might constitute a Denial Of Service attack against your applications and services. Even today storage QoS is either non existent, in it’s infancy or at best limited to particular workloads on storage solutions.

If you’ve made sure the above 4 resources are not your killer bottle neck the backup software, methods algorithms and the approach used will be either your biggest problem or you best friends. You need your backup software to be:

There are some challenging environments out there. To deal with this backup software should be able to leverage the wealth of capabilities compute, network, memory & storage are offering to protect large amounts of data reliable and fast. This should be done smart and in an operationally supportable manner. VEEAM has been working on this for a long time and they keep getting better at this with every release and it allows for scale out designs in regards to backups targets.

There are many improvements in v8 but a couple stand out. 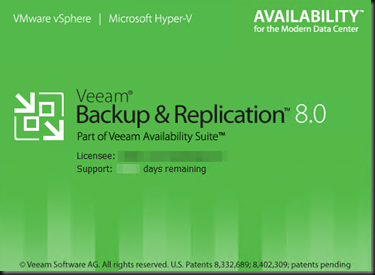 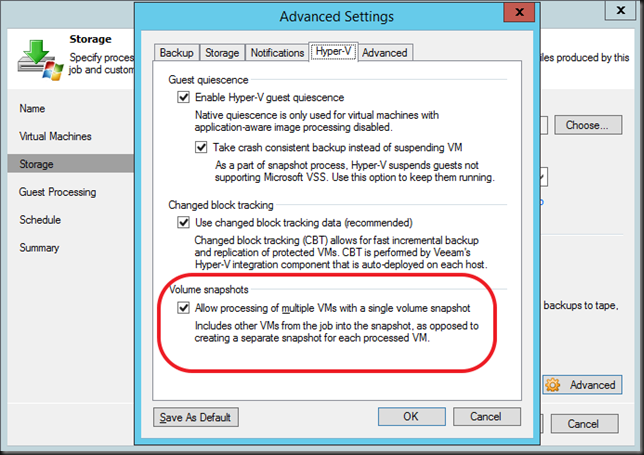 This means you can reduce the number of snapshots significantly where in the past you needed a volume snapshot per VM. VEEAM limits the the maximum amount of VMs you can backup per snapshot to 4 when using software VSS and to eight with hardware VSS. They do this because under heavy load VSS/CSV sometimes has issues. This number can be tweaked to fit your needs (no all environments are created equally) with 2 registry values under HKLMSOFTWAREVeeamVeeam Backup and Replication key:

Reducing the number of snapshots to be taken is good as it saves resources, speeds up things & as VSS can be finicky, not needing more than absolutely necessary is a good thing.

Another improvement is backup I/O Control which delivers capability to dynamically adjust the number of backup tasks based on IOPS latency. Under Options you’ll find a new Tabbed sheet, I/O Control. It contains the parallel processing option that used to be under “Advanced” tab in Veeam B&R 7. 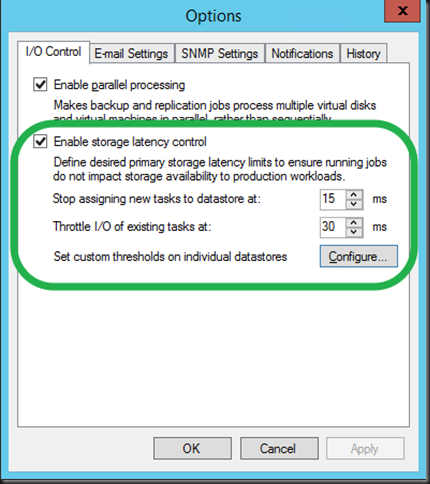 The idea is to move to a more “policy driven” approach for handling the load backups can put on the storage. Until now we’d configure a number of X amounts of tasks to run against the source storage in order to keep IOPS/Latency in check. But this is very static and in a dynamic / elastic “cloud” world this isn’t very flexible nor is it feasible to keep tuned to the best number for the current workload.

I/O Control let’s you set limits on how much latency is acceptable for your data stores. Removing or adding VMs to the data store won’t invalidate your carefully set number of tasks allowed as it’s now the latency that’s used to dynamically tune that number for you.

“Stop assigning new tasks to datastore at: X ms” :VEEAM looks at the latency (IOPS) before assigning a proxy (backup target) to a virtual disk or won’t launch the task until the load has dropped.  This prevents the depletion of IOPS by launching to many backups.

“Throttle I/O of existing tasks at: Y ms”: This will throttle the IO of already running  backup jobs when needed due to some application workloads in the VMs running on the source storage kicking in. The backups will be throttled so they’ll take longer but they won’t kill the performance of the applications while they are running.

These two setting allow for the dynamic and on the fly tweaking of the number of backups tasks running as well as their impact on the storage performance. Once you have determined what latency values are acceptable to you you’re done, VEEAM handles the tweaking for you. The default values seems to reflect industry best practices (sustained > 20 ms is considered problematic)

With VEEMA B&R v8 Enterprise + You can even do this per data store, meaning you can optimize this per backup source. This recognizes that is no “one sizes fits all perfectly” and allows for differentiation. Yet it does so in a way that does not compromise on the simplicity of use that VEEAM offers. This sounds easy but from experience I know this isn’t. VEEAM manages to offer a great balance between simplicity and functionality for companies of all sizes.

In the “Datastore Latency Settings” you can add one, more or all data store you are protecting with VEEAM. This allows for differentiation when you have CSV that are used for SQL Server VMs versus stateless web servers of or other workloads that are not storage I/O intensive. 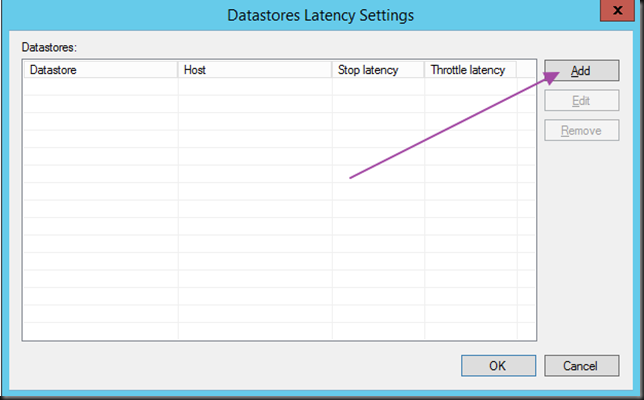 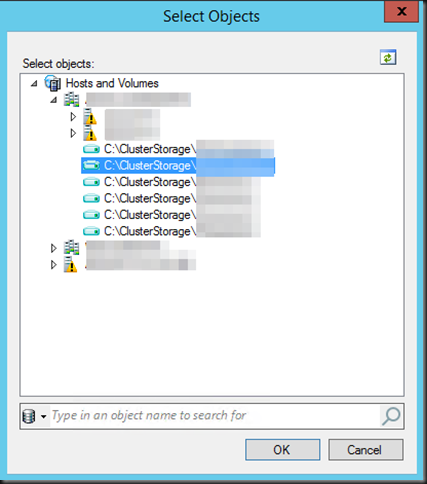 By selecting the desired datastore and clicking “Edit”  you can individually adjust the settings for that datastore. 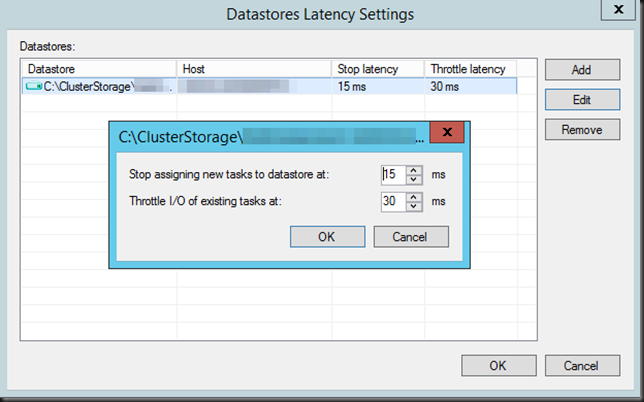 It looks like we have some great additional capabilities in an already very good solution. I’ll be using these new capabilities in real life scenarios to see how these work out for us and optimize the backups of the virtualized environment under my care. Hardware VSS Providers, SANs, CSV’s normally need some tweaking and care to make them run well, so that’s what we’ll be doing.