For getting a quick insight into the AD replication health of an environment the Microsoft Active Directory Replication Status Tool is a very handy instrument. The only annoyance is the expiration of the license that forces you to download a new one and upgrade. A bit of a convoluted way to update free software but hey it is handy and free.

OK, I’ll download the new one. But the Microsoft Active Directory Replication Status Tool won’t upgrade. That’s because the currently installed version is newer than the one you just downloaded form the Microsoft site. That’s annoying, did they post the wrong version? 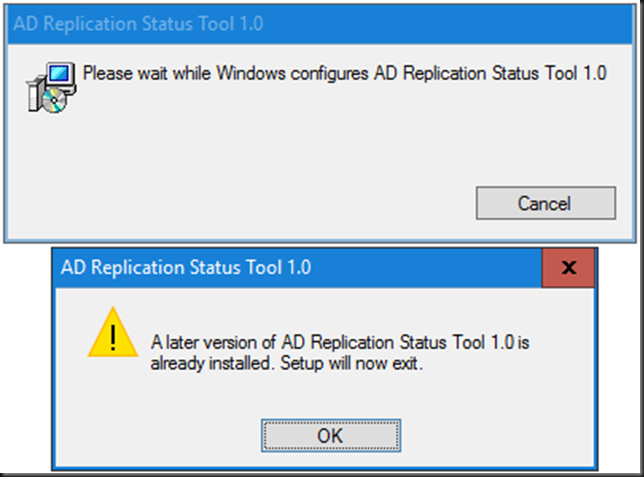 Let’s install the new version quickly in a VM. Now looking at the executable in the current install and the new one they are the same … so the license is the only thing causing an issue here; not a version difference actually. 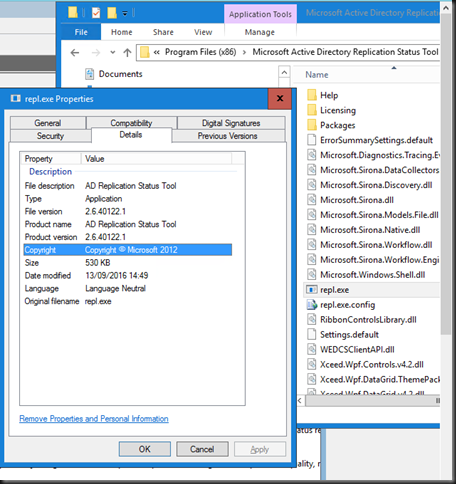 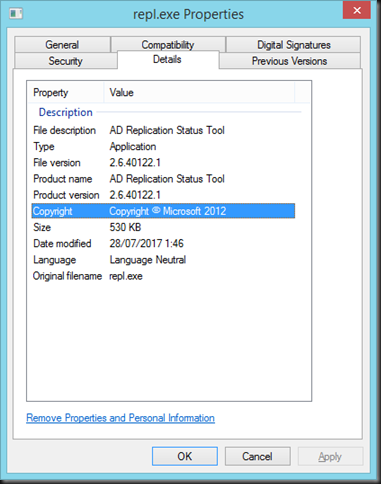 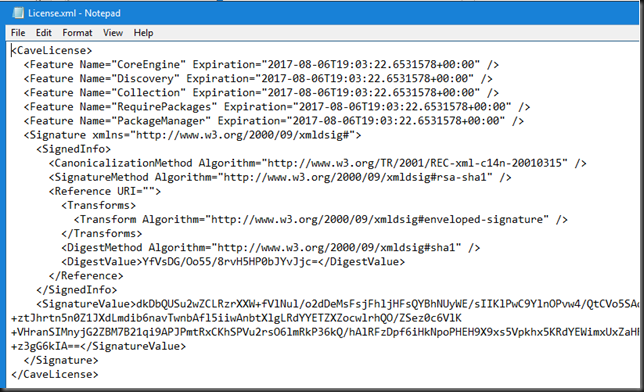 The only difference between the old and the new installed is the license file.You can see it has the expiration dates in the future.

So the fix is easy, just uninstall the currently installed version of AD Replication Status tool wherever it is installed and reinstall the one you downloaded. It seems to be exactly the same version but that’s how you get it working again with a fresh license.xml file. Note that you cannot copy the license file between machine, the generated signature is wrong.

Hope this helps someone.