When you install KB2750149 (An update is available for the .NET Framework 4.5 in Windows 8, Windows RT and Windows Server 2012) you’ll have an issue with the Cluster GUI. 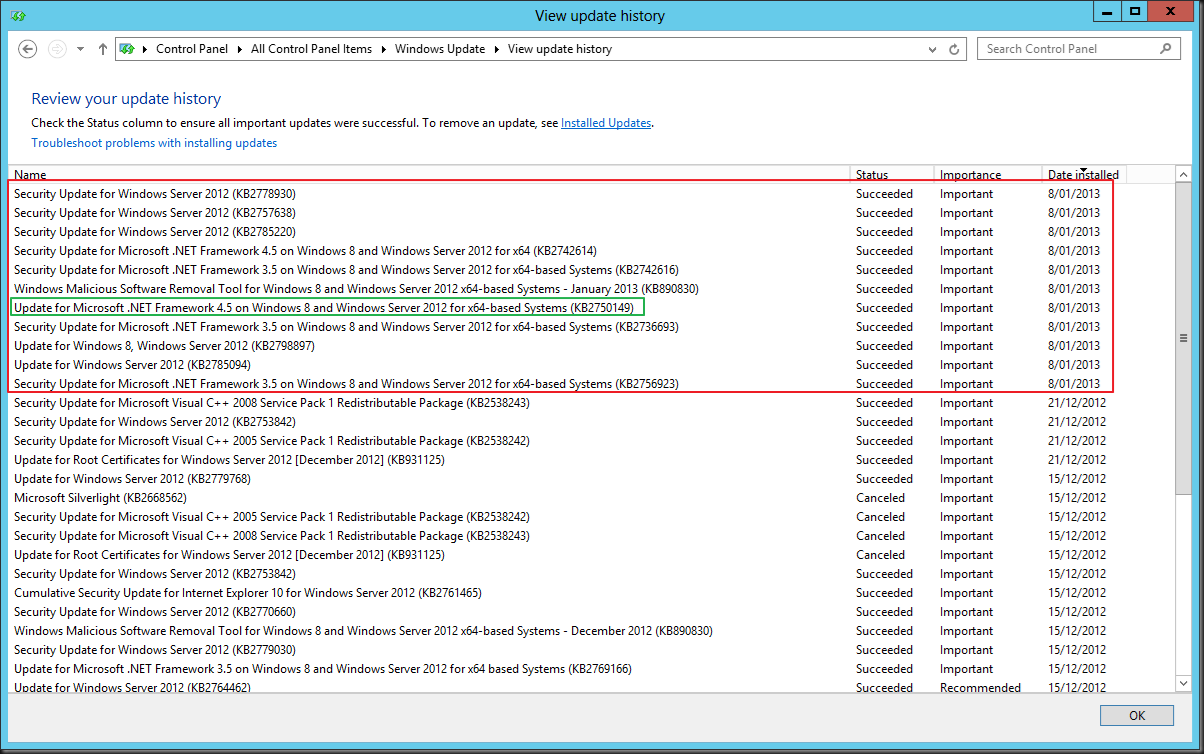 Basically it shows an error message. The issue caused by installing the above update 2750149 on a Windows Server 2012-based failover cluster or a management station running the Failover Cluster Management snap-in. In this situation, the Failover Cluster Management snap-in crashes. Do NOT worry, the entire cluster is fine, this is just a GUI bug that will leave your GUI work/results pane blank after closing the error screen and basically unusable.

The only known workaround was to uninstall the hotfix or not install it at all on any node where you need to use the Cluster GUI (Windows 8 with RSAT for example). But now there is a fix released with KB2803748.

The update requires no reboot unless you have the Cluster GUI running as that it locks the file that need replacing. So keep them closed and you’re good to go. Also, it’s also great opportunity to use Cluster Aware Updating (CAU) with the hotfix plug-in to install the hotfix in an orchestrated fashion.

UPDATE: This update is also available now via WSUS. So updating is possible via the CAU windows update plug-in