Staff with a vast experience in NoSQL design?

Some days you come across implementations that make you doubt the sanity of the IT industry. That and our collective ability to learn and make progress.

Note: No fungi, plants, animals or humans were hurt due to the below. It did hurt the psychological well being of one DBA. He’s recovering well en doing fine. thank you for asking.

Some time back I came across this “beauty” at a company that spends many millions per year on developer staff and consultants. It makes uses of modern tools, technologies, frame works. They have coaches for anything you can imagine etc. From a budget and resource perspective they checks all the right boxes. They have analysts, project managers and ITIL with change board and all. Apparently they’re also very deeply invested in and have a staff with a vast experience in NoSQL design. Pun intended.

So on a Windows Server 2016 virtual machine, running SQL Server 2016 there was a request to implement a change to a table: add a ‘MonthNumber’ column to a table. That’s when you find these gems of table design:

It’s in Dutch but most of you will notice what’s the issue here.  The optimists call this “NOSQL” I’m sure, and they’re welcome to it

You don’t have to fight all fights

The good news is they don’t design mission critical systems, don’t do civil engineering or develop software for life or death surgery with robotics. Normally when it’s something that matters this sets off all the alarms and we have to intervene. But they’re quite happy with it and it’s all ITIL approved and compliant with the DevOps  &  agile principles they adhere to. That’s quite a challenge for any organization, to combine these successfully.

I have no skin in this game, so I quietly walked away and when the column was added they were happy and at peace. This fight is not mine, not today.

I have always had a sweet spot for SQL Server as I used to work more with it than I do to day. However I keep a keen eye on it and especially it’s capabilities for I’m also doing SQL Server virtualization on Hyper-V with great results.

So today is a good day. SQL Server 2016 is generally available.

This means you can grab the evaluations bits here, the production bits from Microsoft Volume License Center.

For those who hadn’t yet hear the good news. The SQL Server Developer Edition is now FREE. So have a ball, everyone can test & develop against the latest and the greatest SQL Server version and all its features!

Now, anyone who’s ever worked on providing business continuity knows this is hard to do and get right than it sounds. Whether you use SQL Server databases or other mature and quality ways of persisting data you know from experience that maintaining a consistent copy of your data read/write is a challenge.

The way to deal with that challenge is often to have one read/write master copy and have one or more read only copies. The idea is that during a disaster you’ll be able to serve the majority of your needs with a a read only copy and have at least a basic, good enough service until the issue is fixed or a new read/write copy comes on line. It all sounds great but achieving this and maintaining access to the data during a full blow disaster isn’t easy. You need multiple geographical locations and provide access to them. The latter preferably transparent to the clients. These are case where public cloud computing shines and now more then ever as Azure SQL Database now supports powerful geo-replication features for all service tiers. 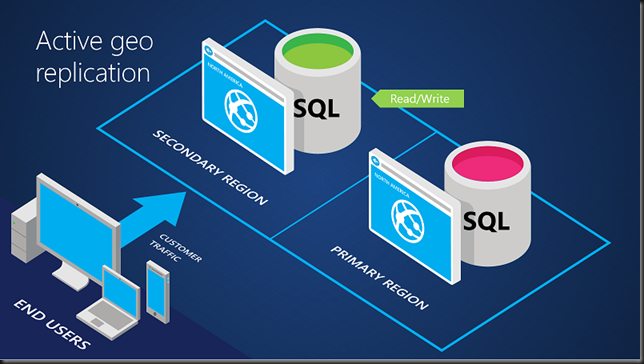 There’s no more need to upgrade to premium and this capability replaces standard geo replication. Business continuity is rapidly becoming a de facto way of designing and building apps as the cost & complexity blocking this are being torn down.

As I watched the Intel E5 v3 launch event & DELL releasing their next generation servers to the public to purchase there is a clear opportunity for hardware renewal next year. I’m contemplating on what the new Intel E5 v3 18 core processors 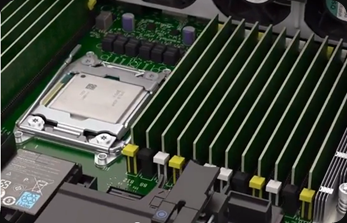 and the great DELL generation 13 PowerEdge Servers mean for the Hyper-V and SQL server environments under my care. 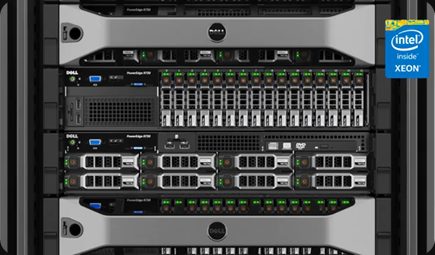 For the Hyper-V clusters I’m in heaven. At least for now as Windows is still licensed per socket at the time of writing. vNext has me worried a bit, thinking about what would happen if that changes to core based licensing to. Especially with SQL Server virtualization. I do hope that if MSFT ever goes for per core licensing for the OS they might consider giving us a break for dedicated SQL Server Hyper-V clusters. 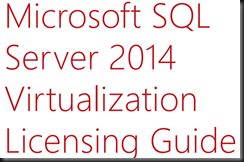 For per core licensing with SQL Server Enterprise we need to run the numbers and be smart in how we approach this. Especially since you need Software Assurance to be able to have mobility & failover / high availability. All this at a time you’re told significant cost cutting has to happen all over the board.

So what does this mean? The demise of SQL Server in the Enterprise like some suggest. Nope. The direct competitors of SQL Server in that arena are even more expensive. The alternatives to SQL are just that, in certain scenarios you don’t need SQL (Server) or you can make due with SQL Server Express. But what about all the cases where you do really need it? You’ll just have to finance the cost of SQL Server. If that’s not possible the business case justifying the tool is no longer there, which is valid. As the saying goes, if you can’t afford it, you don’t need it. A bit harsh yes, I realize, but this is not a life saving medicine we’re talking about but a business tool. There might be another reason your SQL Server licensing has become unaffordable. You might be wasting money due to how SQL Server is deployed and used in your environment. To make sure you don’t overpay you need to evaluate if SQL Server consolidation is what is really needed to save the budget.

Now please realize that consolidation doesn’t mean stupidly under provisioning hardware & servers to make budget work out. That’s just plain silly. For some more information on this, please read Virtualizing Intensive Workloads on Hyper-V, Can It Be Done

So what is smart consolidation (not all specific to SQL Server by the way):

Be smart about it. A great DBA can make a difference here and some hard core performance tuning is what can save a serious amount of money. If on top of that you have some good storage & network skills around you can achieve a lot. Next to the fact that you’ll have to spend serious money for serious workloads the ugly truth is that consolidation requires you find your peak loads and scale for those with a vengeance. Look, maxing out one server on which one SQL Server is running isn’t that bad. But what if 3 SQL Servers running a peak performance spread over a 3 node Hyper-V cluster dedicated to SQL Server VMs might kill performance all over!

The good news is I have solid ideas,visions, plans and options to optimize both the on premise & cloud of part of networking, storage & compute. Remember that there is no one size fits all. Execution follows strategy. The potential for very performant, cost effective  & capable solutions are right there. I cannot give you a custom solution for your needs in a blog post. One danger with fast release cycles is that it requires yearly OPEX end if they cannot guarantee it the shift in design to solutions with less longevity  could become problematic if they can’t come up with the money. Cutting some of the “fat” means you will not be able to handle longer periods of budget drought very well. There is no free lunch.

So measure twice & cut once or things can go wrong very fast and become even more expensive.

You might think this sounds a bit pessimistic. No this is an opportunity, especially for a Hyper-V MVP who happens to be a MCDBA

. The IT skills shortage is only growing bigger all over the planet, so not too much worries there, I won’t have to collect empty bottles for a living yet. The only so called “draw back” here could be that the environments I take care of have been virtualized and optimized to a high extend already. The reward for being good is sometimes not being able to improve things in orders of magnitude. Bad organizations living in a dream world, the ones without a solid grasp of the realities of functional IT in practice, might find that disappointing. Yes the “perception is reality” crowd. Fortunately the good ones will be happy to be in the best possible shape and they’ll invest money to keep it that way.  Interesting times ahead.