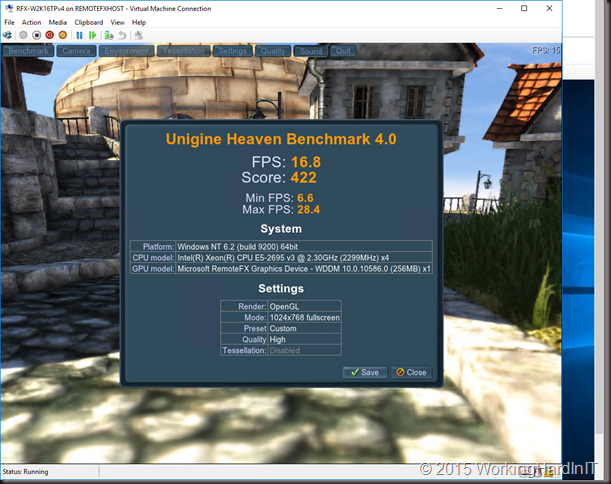 Let’s take a look at some of the RemoteFX and vGPU Improvements in Windows Server 2016 Hyper-V. For me the abilities they are adding in this release are significant and a break through. Why? They are talking away many of the last show stoppers for a number of scenarios that are important to the ecosystems I roam around in, when the CxO have a clue that is.

What are we looking at that’s new for Windows Server 2016?

The things that are breaking down the biggest showstoppers are:

Generation 2 support combined with Server support in the virtual machine and OpenGL (ip to 4.4) /OpenCL (up to 1.1)  is a breakthrough, let’s hope the versions supported don’t spoil the party. I wonder if they can come up with a mechanism to upgrade support if OpenGL for newer versions that are released. But application compatibility was very limiting.

This is really great news and will make Hyper-V a far better candidate for many more scenarios than ever before.

Get your test rig set up

So it’s time to upgrade the lab server with a RemoteFX capable GPU to Windows Server 2016 TPv3 and test this.

I think some of our GIS engineers will be very happy with these new capabilities for ESRI Arc GIS, Adobe, AutoCAD, … and many more less well know specialty software they need. 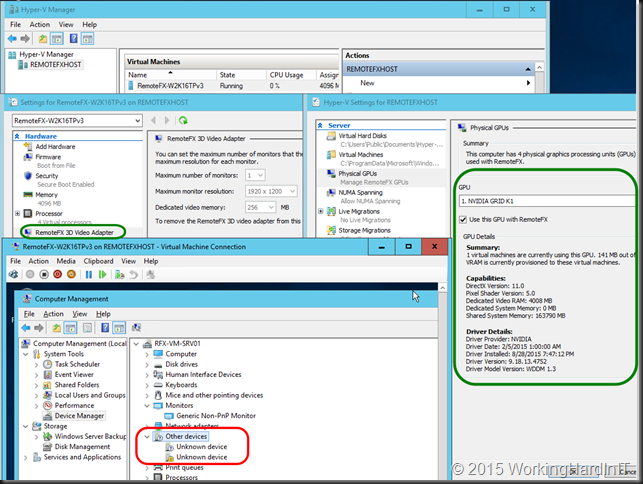 So we set it all up but unfortunately there is still an issue being worked out at the moment of writing. 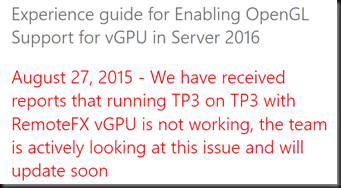 But I will help you get started for when it’s fixed.  Which I hope will be soon! To me it looks like they “just forgot” to activate RemoteFX for server as it look a lot like a Windows Server 2012 R2 VM where one tries to add a RemoteFX card, it just doesn’t work. Sale host with Windows 10 Enterprise does not have this issue … 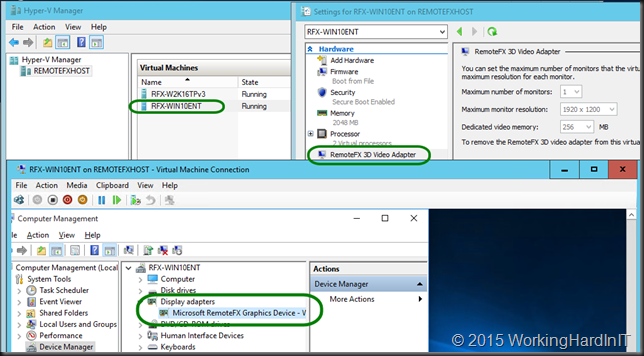 So why not test with Windows 10? Well the OpenGL/CL capabilities are server only. And those are important to us!