The source W2K8R2 Hyper-V cluster is a production environment. To test the procedure for the migration we created a new CSV on the source cluster with some highly available test virtual machines with production like network configurations (multi homed virtual machined). This allows us to demonstrate the soundness of the process on one CSV before we tackle the 4 production CSVs. Do note that in this case the two clusters do share the same SAN. If not we can move the storage, copy the data, replicate between SANs or use VEEAM Replica (see part 2 for more info).

Before we begin, I always make sure I have no Hyper-V snapshots  anymore on virtual machines I migrate. It prevents any issues on that front an while Windows Server 2012 R2 is better than before dealing with snapshots I prefer to have a little possible points of concern before I start such an operation. 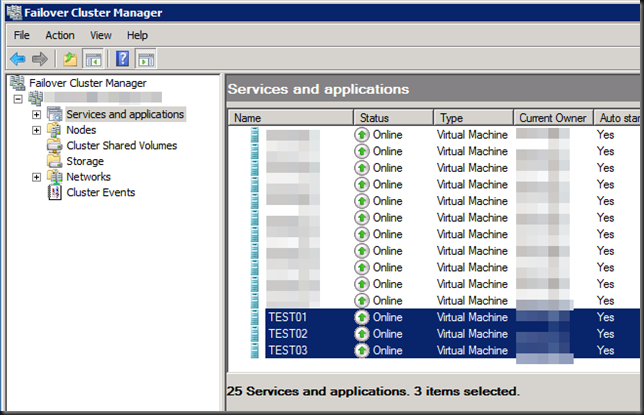 and shut down the virtual machines on the CSV you want to migrate. 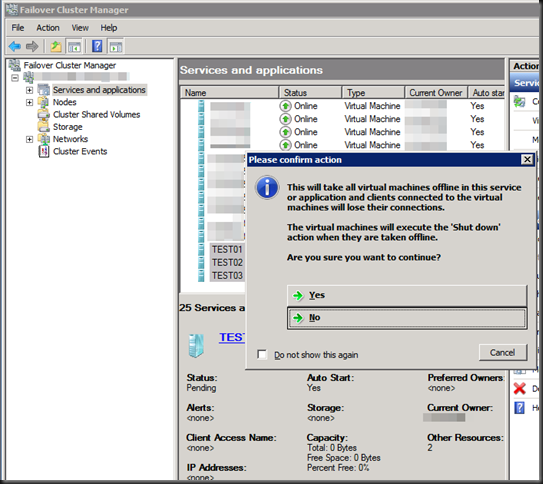 You’ll see them pending whilst they are shutting down …

And when they are fully stopped we’ll removed the form the cluster. 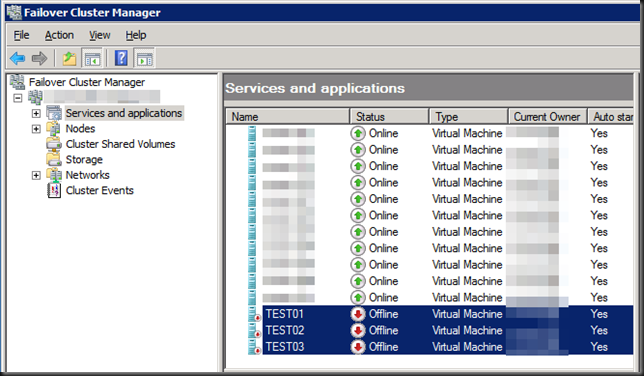 To do so, delete (scary word) the virtual machines on our CSV that’s going to be migrated from the cluster, which makes them no longer high available 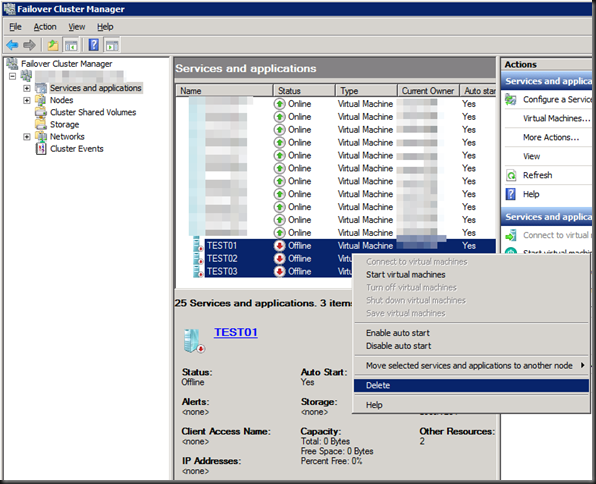 To do so you’ll need to confirm that this is what you want to do. 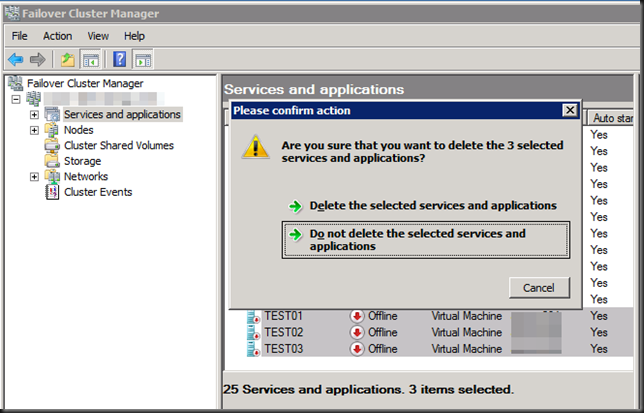 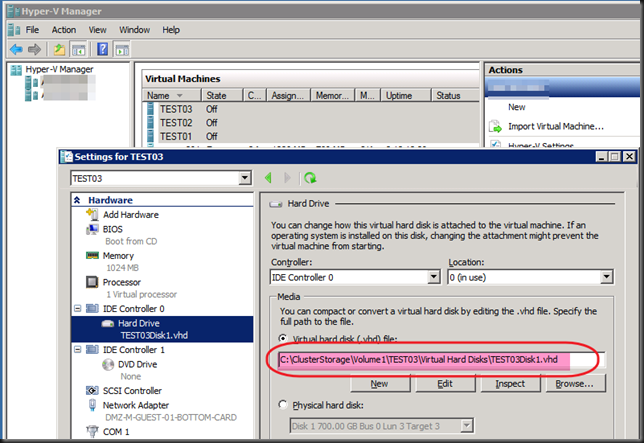 We just close the Hyper-V Manager GUI. We will NOT export the VMs to import them on the new cluster. Why?

Now the combination of point 1 and 2 is what is used by the Copy cluster roles wizard in Windows Server 2012 R2. That works within a domain but not across separate AD Domains as in our case. But don’t worry. All this means is that we need to do some work manually and that’s it. That’s what we’ll describe in part 2 of this blog. Do realize you want to do this in one go as that ensures you have the least possible down time. In production don’t do part 1 of the blog on Monday and part 2 on Thursday or so