Prior to Windows Server 2016 Hyper-V the speed a vNIC reported was an arbitrary fixed value. In Windows 2012 R2 Hyper-V that was 10Gbps. 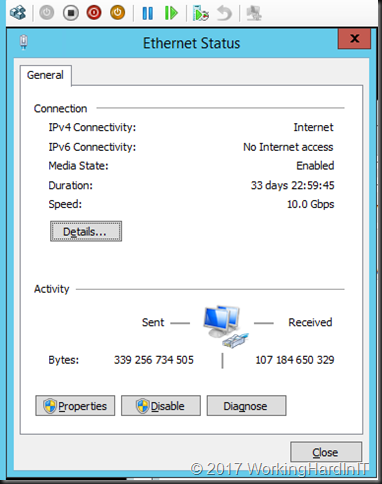 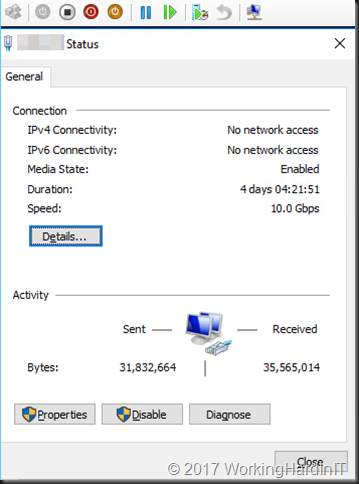 As you can see the fixed speed of 10Gbps meant that even when the switch was attached to a LBFO with 2 1Gbps NIC it would show 10Gbps etc. Obviously that would not happen unless the 2 VMs are on the same host and the limitations of the NIC don’t come into play as these are bypassed.Do note that the version of Windows in the guest doesn’t matter here as demonstrated above.

The reported speed behavior has changed in Windows Server 2016 Hyper-V. You’ll get a more realistic view of the network capabilities of the VM in some scenarios and configurations.

Here’s a screenshot of a VM attached to a vSwitch on a 1Gbps NIC.

As you can see it reports the speed the vSwitch can achieve, 1Gbps. Now let’s look at a VM who’s vNIC is attached to a LFBO of two 10Gbps NICs. 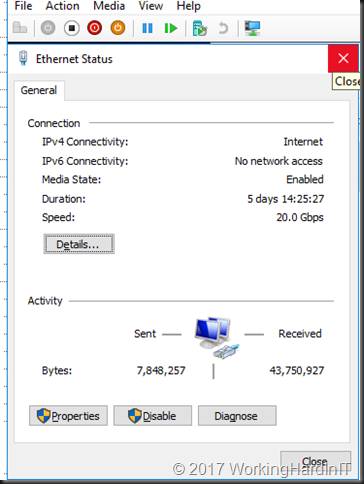 You get the idea. the vNIC reports the aggregated maximum bandwidth of the NICs used for the  vSwitch. If we had four 10Gbps NICs in the LBFO used for the vSwitch we could see 40Gbps.

You do have to realize some things: