Around new year, between the 31st 2016 and the 1st of January 2017 some ISP had issues with the time service. It jumped 24 hours ahead. This cause all kinds of on line services issues ranging from non working digital TV to problems with the time service within companies. That caused some intervention time and temporarily switching the external reliable NTP time server sources to another provider that didn’t show this behavior. Some services required a server reboot to sort things out but things were operational again. But it became clear we still had a lingering issue afterwards as we were unable to correctly configure Time Service on non PDC Domain Controller.

A few days later we still had one domain, which happend to be 100% virtualized, with issues. As turned out the second domain controller, which did not hold the PDC role, wasn’t syncing with the PDC. No matter what we tried to get it to do so. If you want to find out how to do this properly for virtualized environment I refer you to a blog post by Ben Armstrong Time Synchronization in Hyper-V and fellow MVP Kevin Green Hyper V Time Synchronization on a Windows Based Network.

But no matter what I did, the DC kept  getting the wrong date. I could configure it to refer to the PDC as much as I wanted, nothing helped. It also kept saying the source for the time was the local CMOS (w32tm /query /source). I kept getting an error, we’re normally able to fix by configuring the time service correctly. 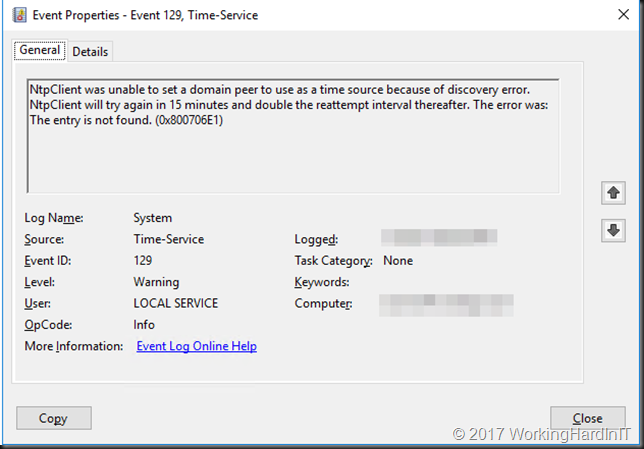 The IT universe was not aligned to let me succeed. So that’s when you quit … for a coffee break. You relax a bit, look out of the window whilst sipping from your coffee. After that you dive back in.

I dove into the registry settings for the Windows time service in HKEY_LOCAL_MACHINE\SYSTEM\CurrentControlSet\Services\W32Time of a functional DC in my lab and the one of the problematic DC in the production domain.  I started comparing the settings and it all seemed to be in order. But for one serious issue with the HKEY_LOCAL_MACHINE\SYSTEM\CurrentControlSet\Services\W32Time\Security key on the problematic DC.

Trying to open that key greeted me with the following error:

Security cannot be opened. An error is preventing this key from being opened. Details: The system cannot find the file specified.

That key was empty. Not good! 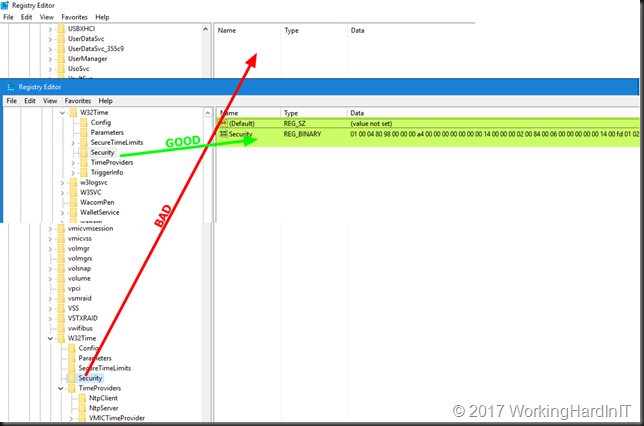 I exported the entire W32Time registry key and the Security key as a backup for good measure on the problematic DC and I grabbed an export of the security key from the working DC (any functional domain joined server will do) and imported that into the problematic DC. The next step was to restart the time service but that wasn’t enough or I was to inpatient. So finally I restarted the DC and after 10 minutes I got the result I needed … 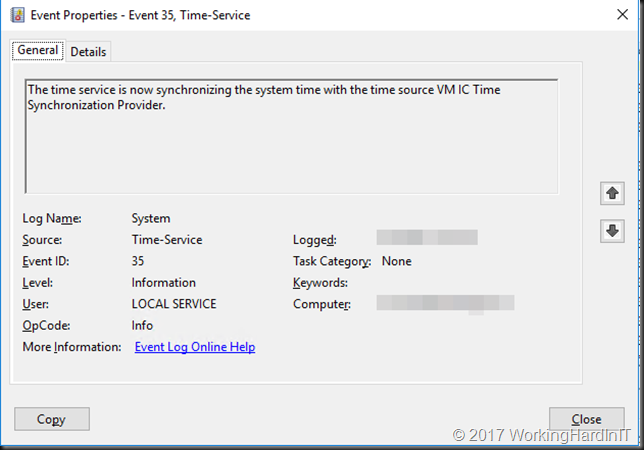