I recently went through the effort to migrate a Windows Server 2012 R2 AD FS farm to a Windows Server 2016 AD FS farm. For this exercise the people in charge wanted to maintain the server names and IP addresses. By doing so there is no need for changes in the Kemp Technologies load balancer.

As long as you are in mixed mode you don’t get the benefits of the new capabilities and features in Windows Server 2016 ADFS. These are not available.

In this migration we are preserving the node names and IP addresses. This means the load balancer needed no configuration changes. So in that respect this process is different from what is normally recommended. 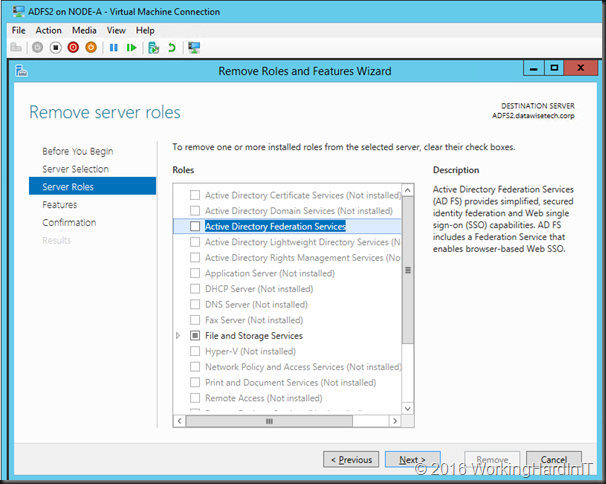 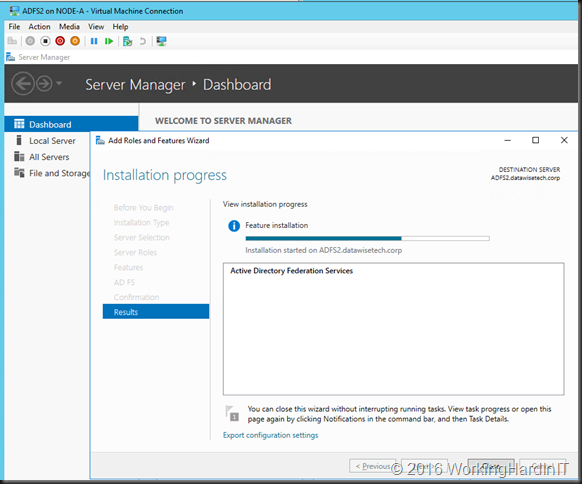 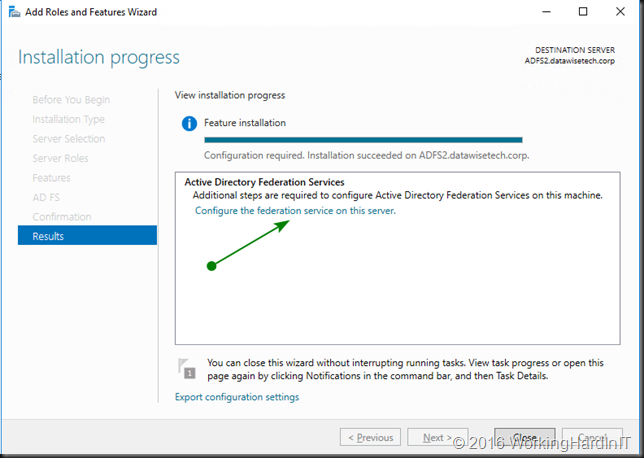 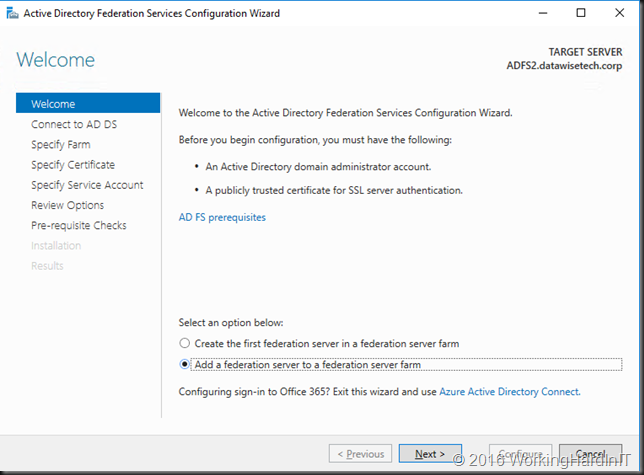 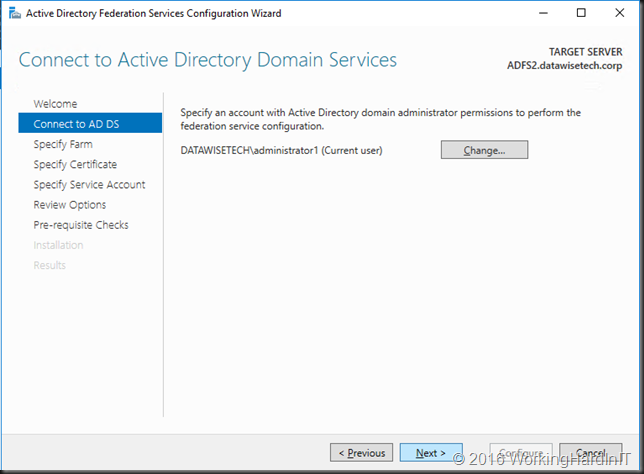 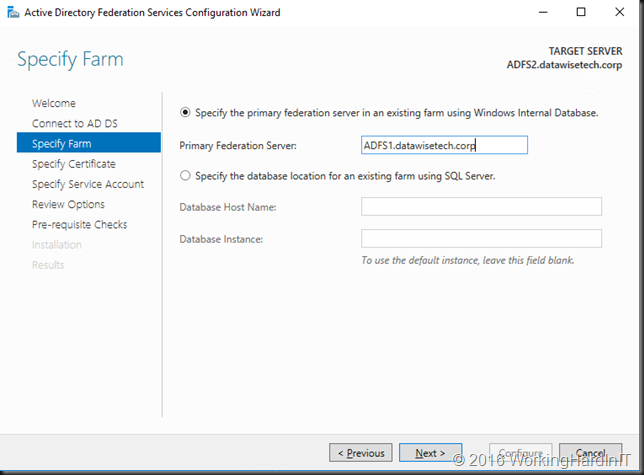 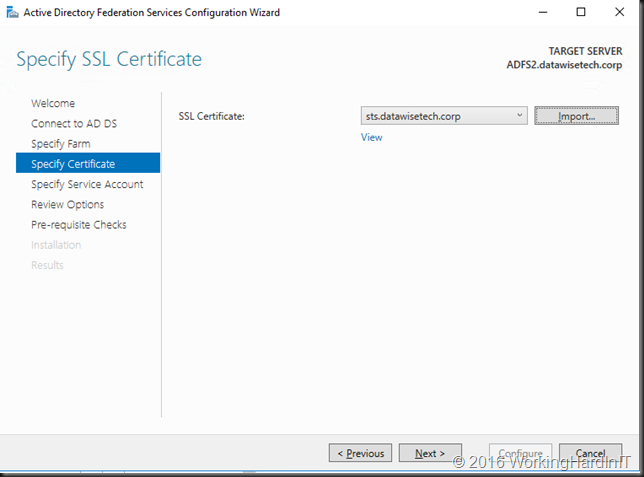 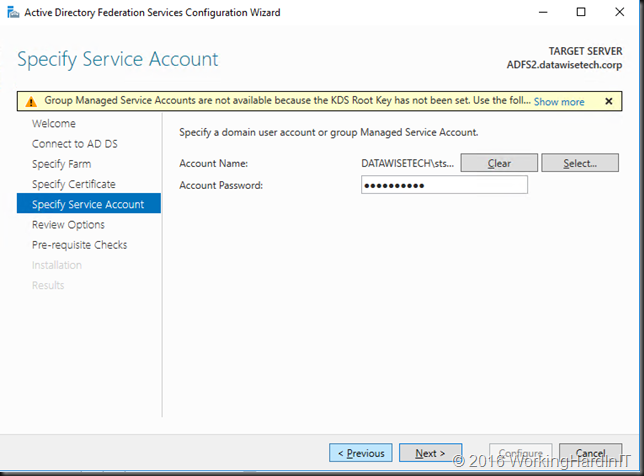 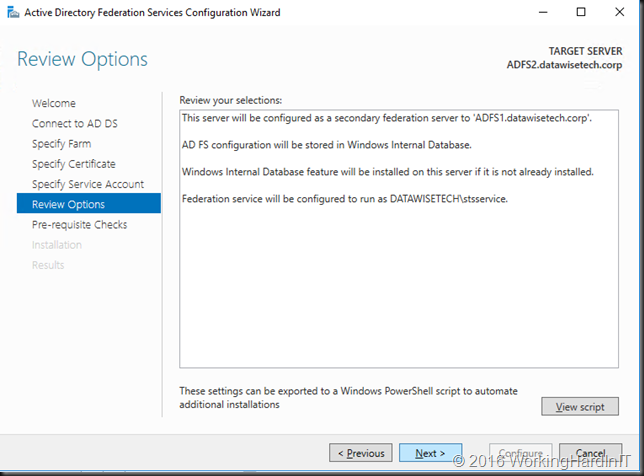 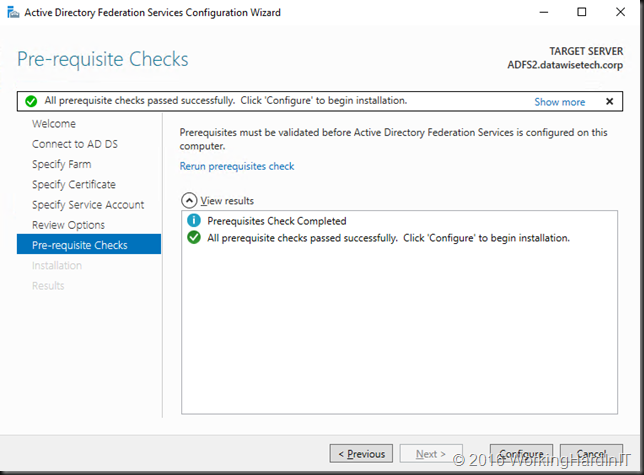 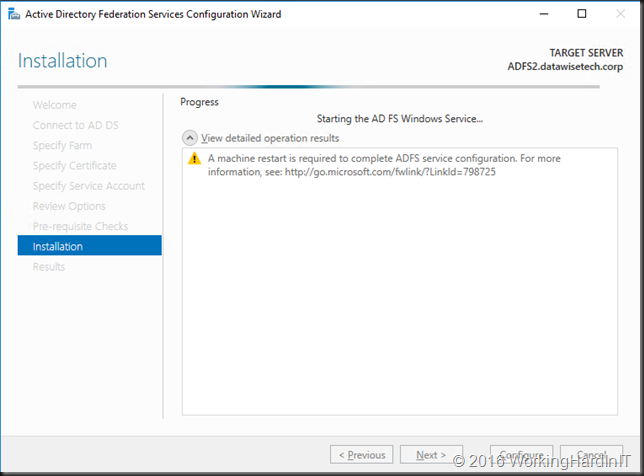 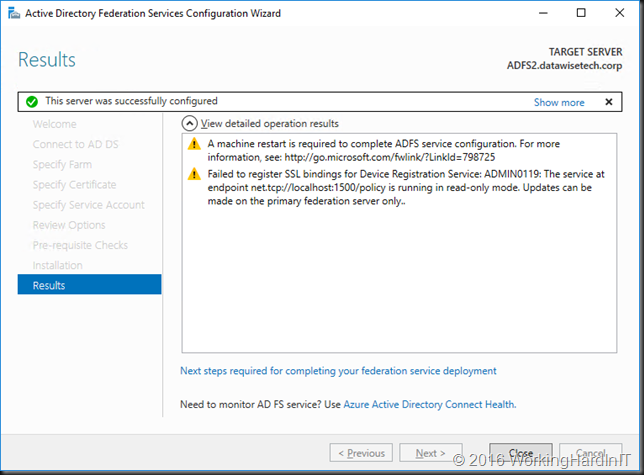 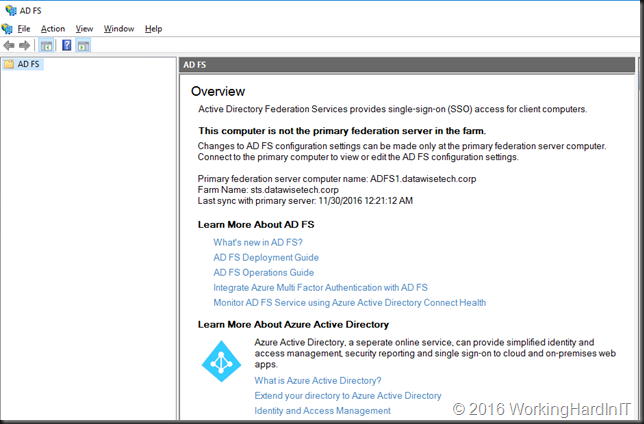 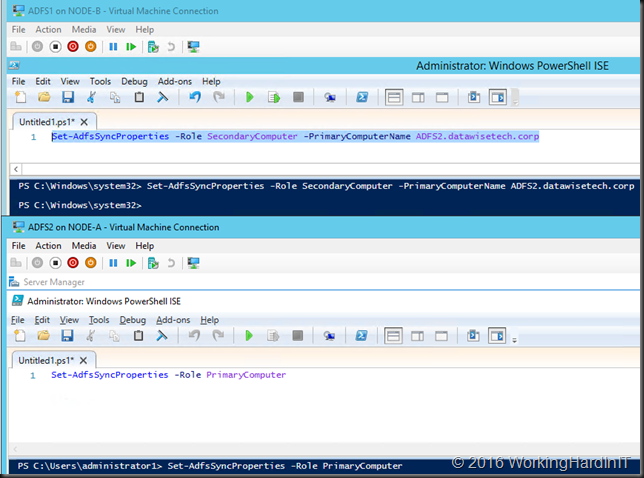 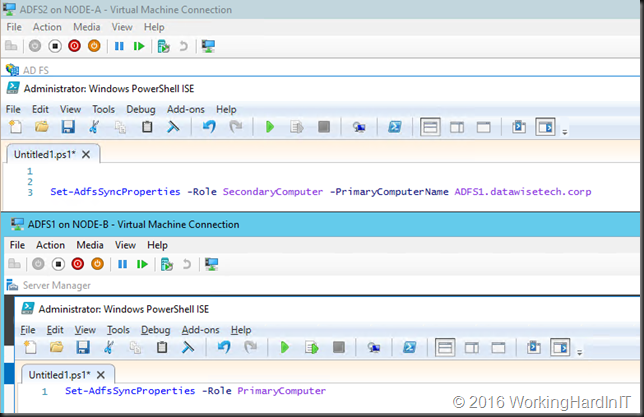 WARNING: to raise the FBL to Windows Server 2016 your AD Schema needs to be upgraded to at least Windows Server 2016 version 85 or higher. This is also the case form new AD FS farm installations which will be at the latest FBL by default. My environment is already 100% on Windows Server 2016 AD. So I’m good to go. If yours is not, don’t forget to upgrade you schema. You don’t need to upgrade your DC’s unless you want to leverage Microsoft Password authentication, then you need al least 1 Windows Server 2016 domain controller. See https://technet.microsoft.com/en-us/windows-server-docs/identity/ad-fs/overview/ad-fs-2016-requirements 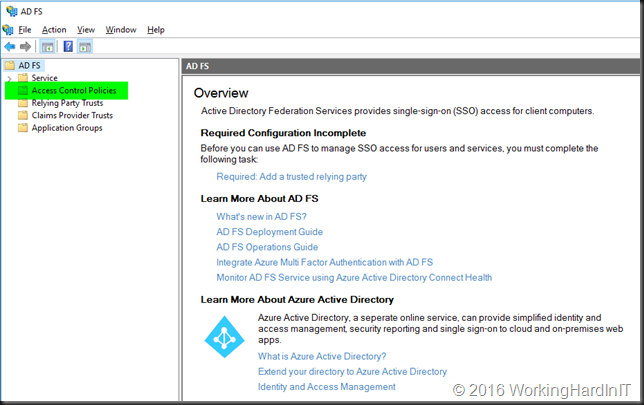 PS: with some creativity and by having a look at my blog on https://blog.workinghardinit.work/2016/11/28/easily-migrating-non-ad-integrated-dns-servers-while-preserving-server-names-and-ip-addresses/ You can easily figure out how to add some extra steps to move to generation 2 VMs while you’re at it if you don’t use these yet.