Is this even a concern?

The documentation mistake has been fixed

When we look at Supported Windows guest operating systems for Hyper-V on Windows Server and GitHub https://github.com/MicrosoftDocs/windowsserverdocs/commit/2c54e781c64e0cc3fec2cef349a762b972987870#diff-5347e6e782aa2be9a9ec94ff6ef0436b today we’ll see that the mistake has been corrected. In good tradition of Hyper-V the host support guest OS versions up to N+1. This means that Windows Server 2019 is a supported guest OS on Windows Server 2016 Hosts.

But until recently you might have seen the below. 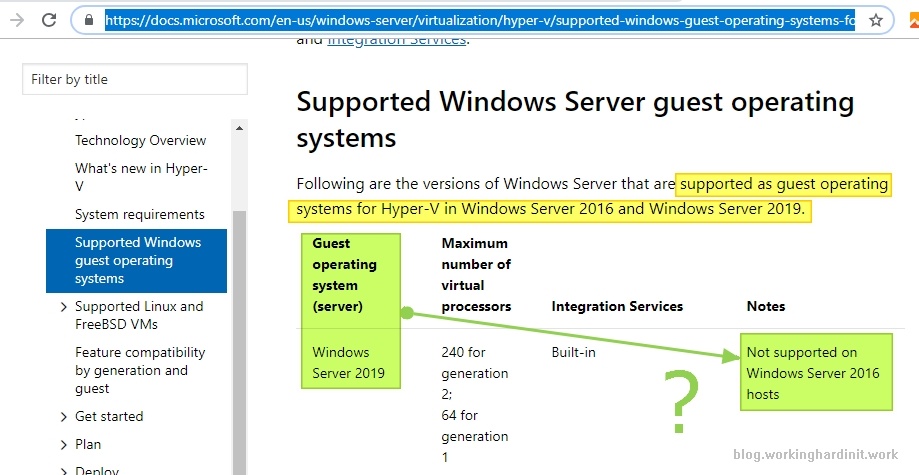 This is what caused the concern. It was a simple mistake. So please if someone tells you Windows Server 2019 guests are or might not be supported on a Windows Server 2016 host, tell them to check again and point them to the above links.

The good news is that the mistake is fixed and all is well. I’m sorry if your decision makers or managers who got shown those documents before that mistake was fixed got scared but all is well. Windows Server 2019 is a supported guest OS on Windows Server 2016 Hosts. Be happy and start rolling out and upgrading as soon as you have all things like backup covered. I know I am.