The real issue is that you are still running Windows XP. The secondary issue is that you have Windows XP clients that cannot connect to a file share (NETLOGON) on a Windows Server 2012 R2 Domain Controller. If you try manually via \domaincontrollerNetlogon it will throw an error like  "The specified network name is no longer available".  Security wise & moral pressure wise I kind of think this drives home the message you need to get off Windows XP. But I realize you’re in a pickle so here’s the workaround/fix.

Windows XP talks SMB 1.0 and that’s it. If this is not offered by the server (file server or domain controller) we have a problem. Now if you installed new Windows Server 2012 R2 servers they do not deploy the SMB 1.0 feature by default. If you upgraded from Windows 2008 R2 (perhaps even over Windows 2012) to get to Windows 2008 (R2) this feature kept in place. Other wise you’ll need to make sure SMB 1.0 is installed, it often (always?) is. Just check. 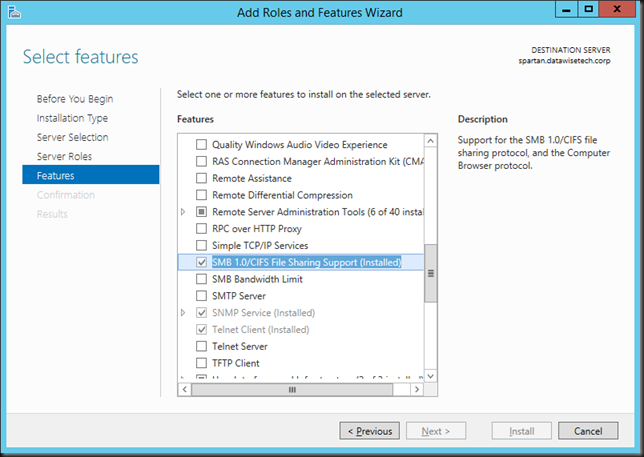 However there is a big change between Windows Server 2008 R2/Windows 2012. The LanmanServer service has a dependency set to SMB 2.0 and no longer to SMB 1.0

This is what it looks like on a Windows Server 2012 (or lower) domain controller: 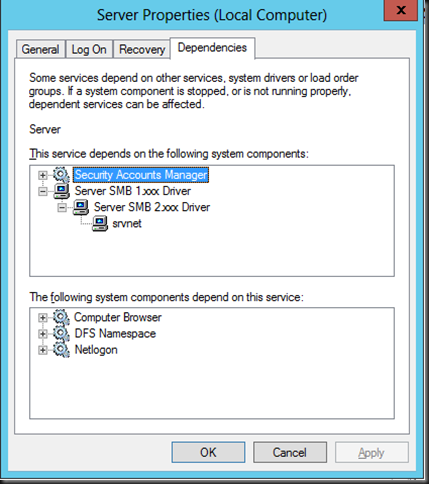 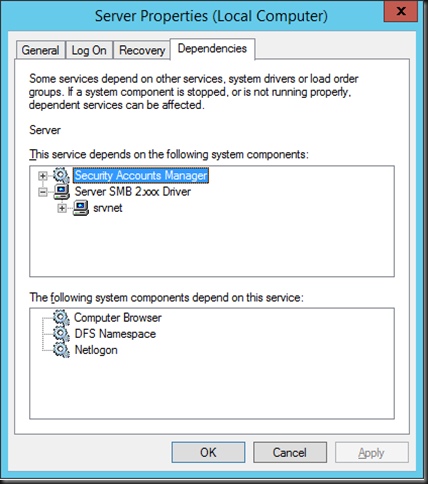 So we need to change that on Windows 2012 R2 to support Windows XP. We can do this in the registry. Navigate to

You’re XP clients should be able to authenticate again. You can test this by navigating to \domaincontrollerNetlogon on a XP client. This should succeed again.

If you have issues with Windows Server 2012 R2 file servers … this is also valid. When you do get rid of Windows XP. Go back to the original settings please

Finally, get off XP!

I think I said it enough on twitter and my blog Legacy Apps Preventing Your Move From Windows XP to Windows 8.1? Are you worried about HeartBleed? Good! Are you worried about still being on XP? No? Well dump SSL and use clear text authentication as XP is a free fire zone  anyway (as of April 8th 2014) and it’s just a matter of time before you’re road kill. Any company who has CIO/CTO/IT managers and other well paid functions and have let their organization be held hostage on XP (I’m not talking about a few PCs or VMs left and right) by legacy apps & ISV should realize they are the one who let this happen. Your watch. Your responsibility. No excuses.